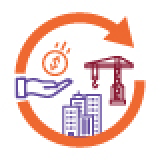 Information is not yet provided

Is this deal sustainable?

Did you work on this deal?

This deal page needs more information from those involved.

TAG YOURSELF TAG A COLLEAGUE SUGGEST AN EDIT
Share:

Tag yourself to this deal

Invite a colleague or dealmaker to this deal

In 2017, the City of Seattle selected Oak View Group, LLC as the preferred bidder to partner with the City to transform the historic Key Arena.  Originally constructed for the 1962 Seattle World’s Fair, the Arena sits within Seattle Center’s 74 -acre campus, one of the foremost...

In 2017, the City of Seattle selected Oak View Group, LLC as the preferred bidder to partner with the City to transform the historic Key Arena.  Originally constructed for the 1962 Seattle World’s Fair, the Arena sits within Seattle Center’s 74 -acre campus, one of the foremost places for social gatherings for the people of Seattle and tourists alike.

Climate Pledge Arena will be the first net-zero carbon-certified arena in the world, developed in partnership with Amazon.  Amazon also secured the naming rights and elected to name the arena, Climate Pledge Arena, as a regular reminder of the importance of fighting climate change.

The budget for CPA is approximately $1.2bn, which was initially funded with a substantial equity commitment, a multi draw Construction Facility, proceeds from the monetization of certain historic rehabilitation tax credits available under the Internal Revenue Code, the deferral of certain state and local sales taxes (collectively “Deferred Sales Taxes”), and other financing sources.  In 2018, Truist Securities served as Left Lead Arranger for ArenaCo’s $500 million construction term loan - which was subsequently upsized to $600 million - proceeds of which were used to finance a portion of the costs related to initial construction of the Arena that will host the National Hockey League’s (“NHL”) newest expansion team, the Seattle Kraken (“Kraken”), and a variety of music and live entertainment events.

Climate Pledge Arena's unique situation, timing, structure and development parameters demanded creative financing solutions in order to successfully launch initial development, fund construction and ultimately position for refinancing solutions.   All parties involved including the Ownership Group, financiers, contractors, advisors, architects, and municipalities played an integral role in the successful development and launch of Climate Pledge Arena.  The CPA permanent financing deserves consideration for Deal of the Year because of the combined success of ArenaCo on the business side and Truist Securities for its leadership role in the financing.  More specifically,

- ArenaCo successfully managed the design, engineering and construction challenges presented by preserving the roof of the old arena while building a first-in-class sports, music and live entertainment venue underneath the historic structure

- Truist Securities led the execution of the permanent financing, which combines the flexibility of variable rate bank debt and cost certainty of fixed rate institutional debt at historically low rates prior to the arena’s first event.

Tag yourself Tag a colleague